Although there are people who keep entire rabbits fairly happily, this is, sadly, the exception rather than the rule. Most of the time, rabbits are happier, healthier and live longer if they are neutered. 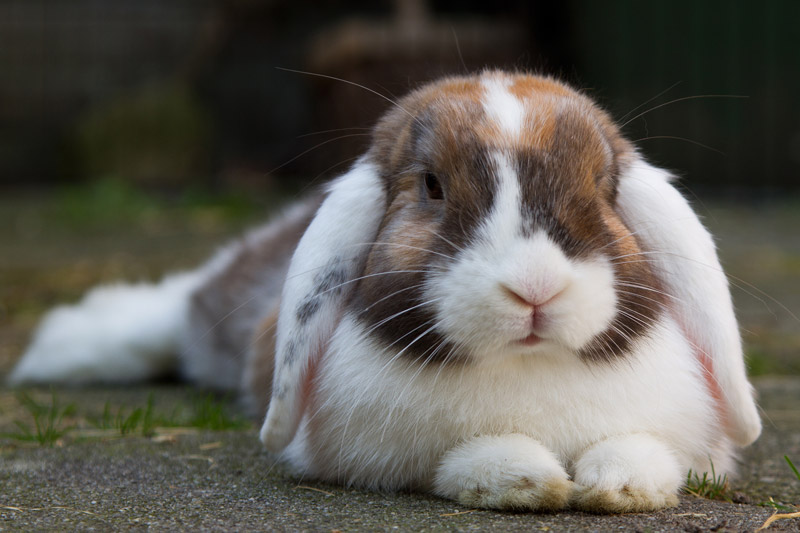 Neutering means removing the reproductive organs of the rabbit but leaving everything else as it should be. It is a routine operation and regularly carried out safely in the surgery. In bucks (males) it is called castration and involves removal of the testicles through the scrotum (sac) or the skin of the abdomen – it’s a very simple procedure. In does (females) it is called spaying and involves the removal of the ovaries and uterus; this is a bigger operation but there are excellent reasons for doing it (as we’ll see below).

In this blog, we’ll look at the reason why this operation is so important in more detail.

There’s a reason the saying is “reproducing like rabbits”. You may well be aware of the statistic in cats (one female cat after seven years in optimal conditions could produce 40,000 offspring), but do you know how many rabbits there would be if you left a pair alone in a perfect environment for 7 years? – Over 184 billion. (If you don’t believe me, check out the maths here!)

Of course, there wouldn’t be enough food for that many, let alone enough space, so they’d fight, kill each other, or starve to death. These are not nice ways to go, and there’s no way you’d manage to rehome that many of them! Neutering ensures that not only can the rabbits not breed but that they don’t want to either. Although the same control could be achieved by keeping them isolated from each other, this is not fair to a social animal like a rabbit.

As discussed, entire bucks cannot be kept with does because they’ll breed and breed and breed. However, it’s not easy to keep two does together without them fighting (unless they were litter mates), and two bucks will usually fight (again, brothers might get along, but don’t count on it!) and may even kill each other. Both sexes are very territorial and can be really aggressive – in both bucks and do this is caused by the hormone testosterone, which is made in the testicles of the male (it is the main male hormone) but is also produced by the ovaries of the doe. Removal of these organs at neutering makes them much calmer, less aggressive, and more friendly (although you still have to be careful when introducing new friends).

Not only do entire rabbits fight each other, they may also try and fight you! Rabbits can scratch and even bite, and although unlikely to be actually dangerous to you, it is unpleasant.
The other nasty habit that entire rabbits have is urine spraying – as territorial animals, they like to mark their territory, but this doesn’t go down well with their owners! Neutering minimises this behaviour.

Prevention of disease and increasing lifespan

This really is the most important factor for many people. Entire bucks usually die earlier than neutered ones because they’ll often try and fight (or ravish) anything that moves – and if they try it on a cat or a dog it’s not going to end well, as few carnivores appreciate being mounted by a randy rabbit.

In does, however, we have a different range of problems, primarily the huge incidence of cancer of the reproductive tract. Approximately 80% of entire does will develop uterine cancer by the age of 5 years – and it doesn’t matter whether they’ve had a litter or not. They also have a fairly high incidence of mammary tumours (breast cancer) and ovarian tumours. Removal of the uterus and ovaries eliminates the risk of uterine and ovarian tumours (no uterus = no cancer!) and dramatically reduces the risk of mammary growths.

If you want to learn more about how to keep your rabbit healthy and happy, or about the neutering procedure, pop in and talk to one of our vets or read more here.