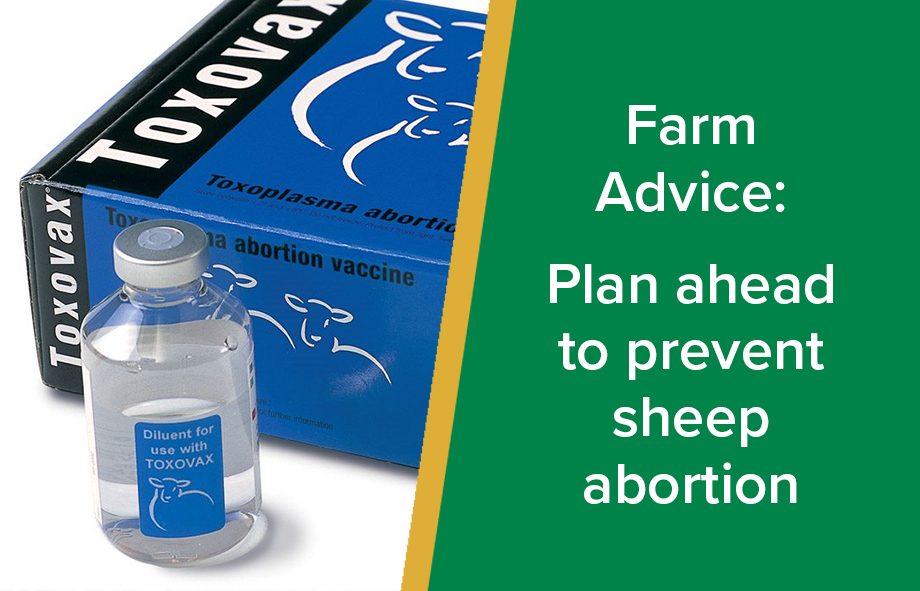 If you keep sheep, you should assume your flock has been exposed to the parasite that causes Toxoplasmosis or the bacteria that causes Enzootic Abortion and aim to protect ewes well before they go to the ram later this year.

Toxoplasma gondii is the cause of Toxoplasmosis and is now the world’s most common parasite, and it’s been estimated that over 90% of sheep flocks in Great Britain are exposed to it. Chlamydia abortus is the cause of Enzootic Abortion. If you are not already vaccinating against Toxoplasmosis and enzootic abortion, it’s probably only a matter of time before new ewes succumb to an infection, so plan ahead.

If you had more than 2% of your flock aborting during the 2019 lambing season you should ask us to investigate. Now is the time to work out what caused this year’s problems to avoid similar next year. However, your primary focus should be on preventing infection in pregnant ewes in the first place, and the best way to do that is to vaccinate replacement ewes well before they go to the ram.

The complex lifecycle of these two infections presents significant disease management challenges to sheep producers, so normal biosecurity measures are not enough to control the disease. Fortunately, they can be controlled effectively by a simple vaccination regime. What’s more, an investment in vaccination will pay back handsomely by a reduction in future flock barren and abortion rates. The clear industry advice now is that every ewe should have been vaccinated before it breeds, but it’s estimated that less than one in five female flock replacements get protected before they go to the ram for the first time.

All breeding females should be vaccinated any time between four months and three weeks before tupping.

Immediately post lambing, and up until the typical autumn breeding season there’s a very wide window of opportunity to vaccinate most female breeding sheep against Toxoplasmosis, so it makes sense to schedule this crucial intervention as soon as possible, alongside other routine summer procedures. Correct pre-tupping vaccination will protect ewes for at least two breeding seasons.

These two problems don’t just cause abortions, your flock can get absorbed lambs – so they were scanned in lamb but fail to produce at lambing time and you can get stillborn lambs and/or weak lambs born (sometimes you get one strong and one weak lamb).

If your overall barren rate is above 5% then you should also investigate to see if these are the problem. If you think you could have experienced problems during the lambing season, please contact us for advice and we can investigate.