Baxter an 8-month-old black Labrador was referred to our Orthopaedic Surgeon Stuart Ashworth after being involved in a road traffic accident.

Baxter sustained multiple fractures of the pelvis, a midshaft fracture of his right femur and a suspected dislocated right elbow with a nasty degloving wound to this foreleg. Poor Baxter had only one unaffected leg. 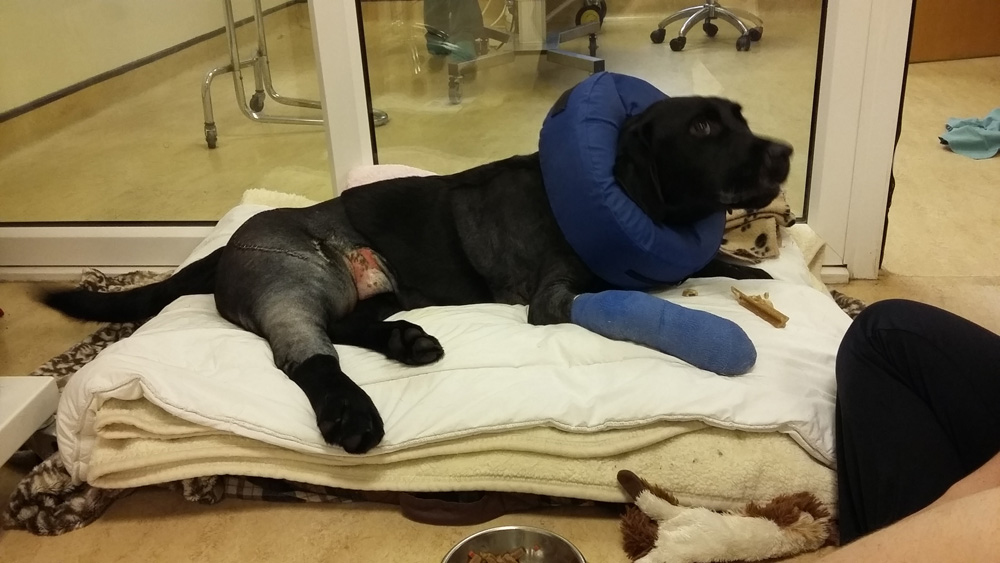 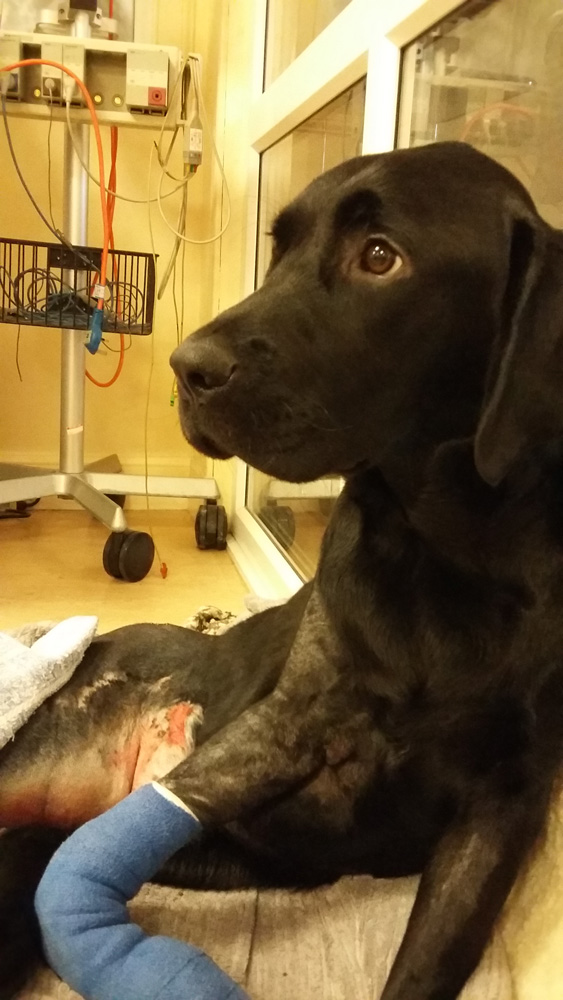 After a series of Xrays Stuart planned the rebuilding of his pelvis and repair of his femur. The surgery took around 4-5 hours including the clipping and preparation of the surgical sites. Stuart plated the femur and pinned and screwed the fractures of the pelvis and hip joint. 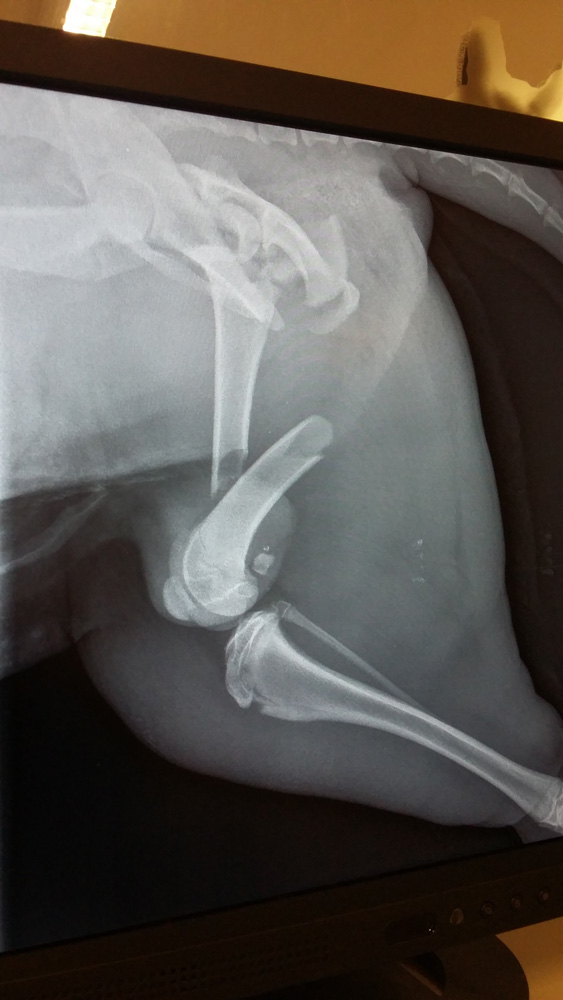 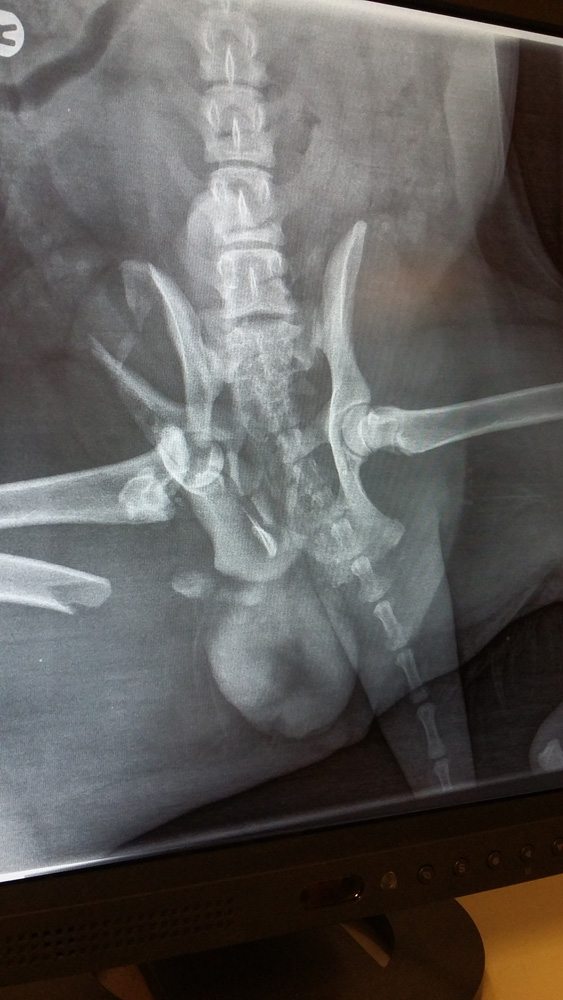 Baxter’s road to recovery was going to be a long one but his sweet, happy disposition made his nursing care so rewarding. 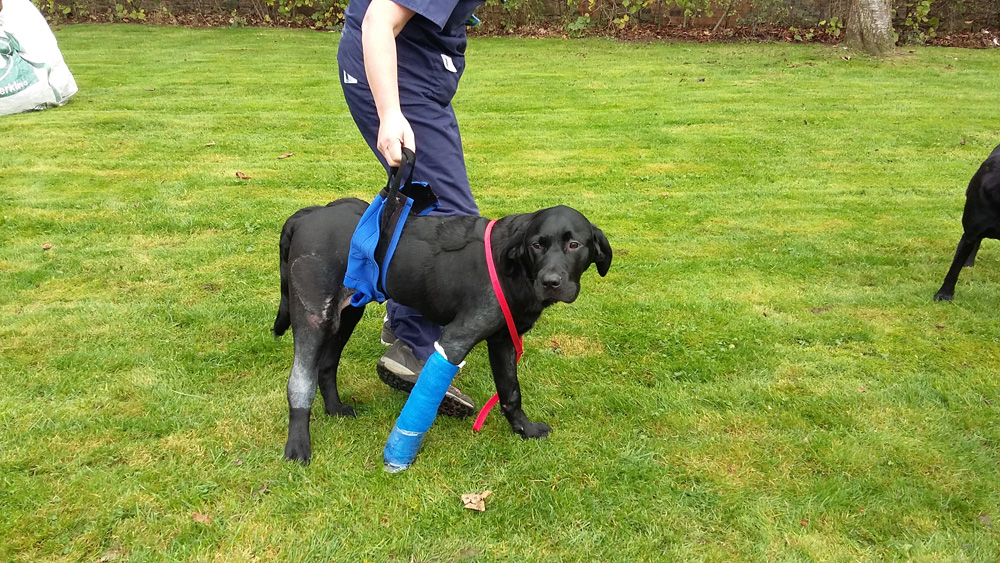 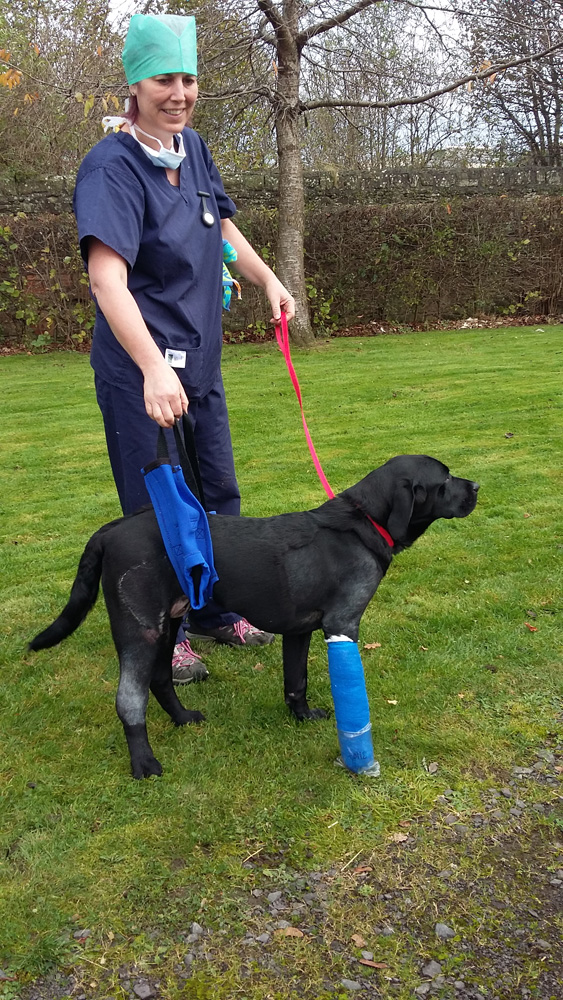 The nursing team set to work with his post-operative care and rehabilitation. They worked with massage and gentle movement of his hind legs encouraging Baxter to try and push against their hands. This was built up slowly over the first week. He wasn’t able to weight bear on his hind legs and was initially recumbent, so an orthopaedic bed and layers of duvets kept him comfortable.

He had to have his bladder catheterised and was given medication to aid with bowel movements. He was moved to the prep room during the day to give him some mental stimulation watching the team work away. This is so important for the well being of a long term patient.

The next step was to get him up and about. Slings were used to take him outside for fresh air which he absolutely loved. This encouraged him to try and stand himself which in turn progressed to Baxter moving his legs and attempting to walk. This was a momentous occasion for the whole team, We were all ecstatic!

Each day saw small amounts of progress and although Baxter still needed a sling he ignored his injuries and always greeted the team with huge, happy dog grinning face and he never stopped wagging his tail.

His lovely owners visited regularly, their dedication and patience throughout was finally getting rewarded. 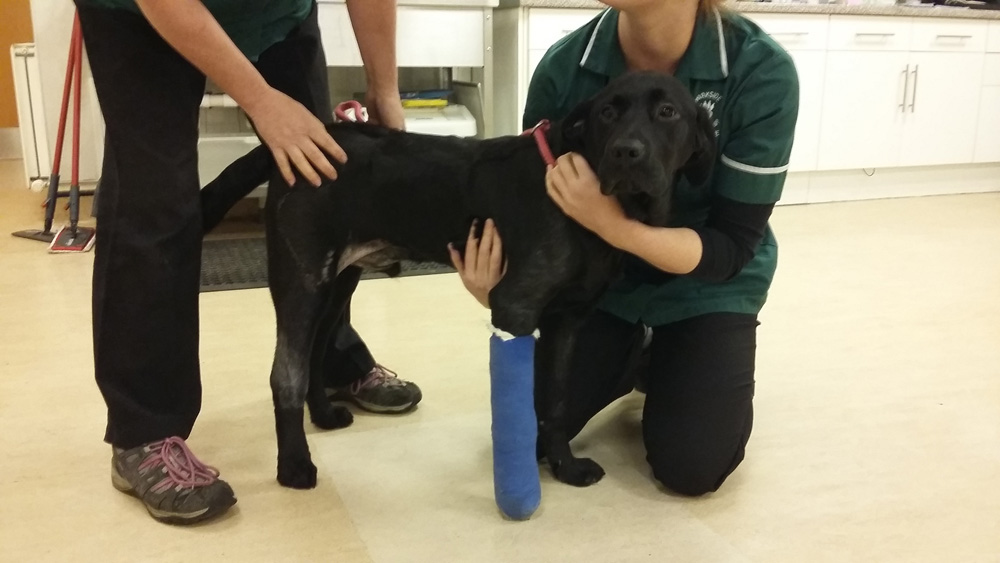 Baxter was discharged from Parkside after around three weeks with an exercise regime and a revisit booked for a couple of weeks. He still had ongoing dressing changes of the nasty wound to his foreleg which his own vet was going to continue with.

The entire Parkside team were so excited to see him again and eagerly awaited his appointment for the revisit. Baxter came barging in wagging his whole body very obviously happy to come back and see us all.

A great happy ending, many tears of joy were shed. 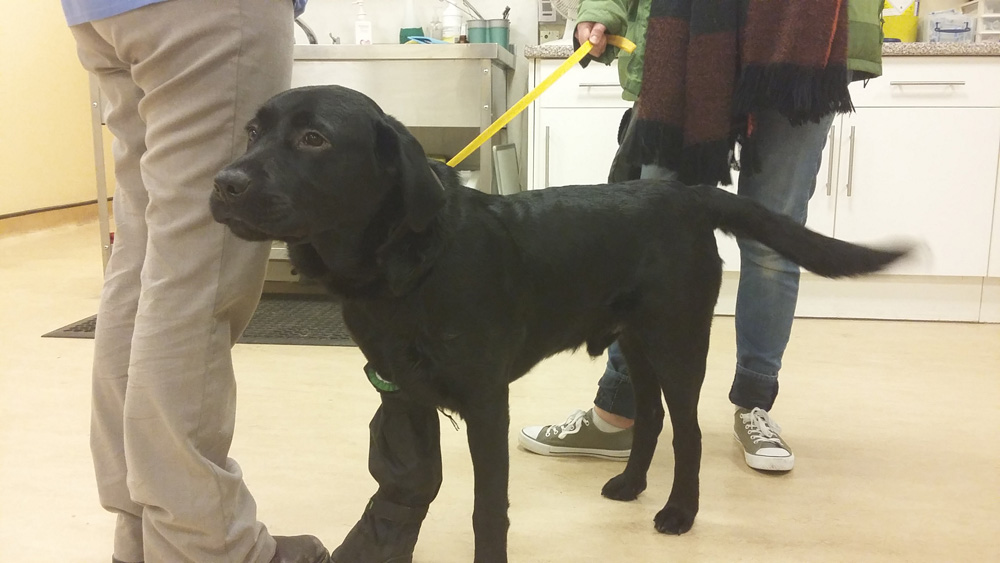