The Oil Seed Rape has stopped flowering so Alistair, one of our large animal vets, has taken what honey his bees have collected. This is because this honey sets quickly, so if it is left in the hive then it is difficult to extract without destroying the honeycomb. The night before extracting, Alistair put a board below the supers (the frames holding the combs). This ‘clearing board’ has a one-way bee gate in it (called a Porter bee escape), so the following morning all the bees had gone down into the brood box and so he could remove the supers into the house without bringing bees with him.

The frames have capped honey in the combs (seen as the white caps on the comb). These caps are wax and are trimmed off before the frames full of honey are put into an extractor. Once full, the extractor is spun to extract the honey from the comb and the empty frames are taken out and returned to the hives for the bees to clear out any remaining honey and then hopefully fill them again over the summer. The honey is run out of the ‘honey-gate’ at the bottom of the extractor, through a sieve and into a collecting bucket. Since this is Oil Seed Rape honey, if left it will set rock hard, so it needs to be processed to control this setting and give us nice honey. Alistair is going to freeze this honey and let it set slowly, while frozen, over 3-6 months, so he put it into smaller tubs for the freezer. He also cut some full honeycomb out of some frames, rather than extracting the honey. There is also some honey mixed with the trimmed cappings, which he also filtered to separate the honey from the wax cappings.

All in all he harvested 17kg (38lb) honey which he put in the freezer, 7 jars of honey (1lb jars) from the cappings, which he didn’t freeze and plans to eat now and just under one and a half kilograms of honeycomb (about three pounds), also to eat now. Along with 200g of wax, which will make one candle. Alistair hasn’t decided what he is going to do with all this honey, it is much more than he expected and, if we have a good summer, there may be some more to come later in the year. 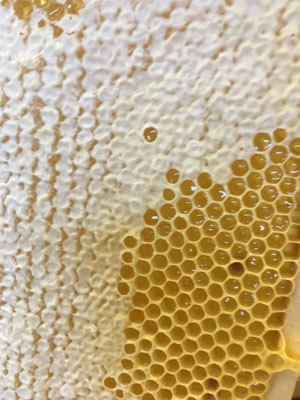 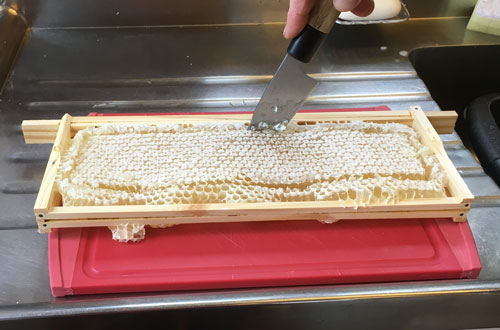 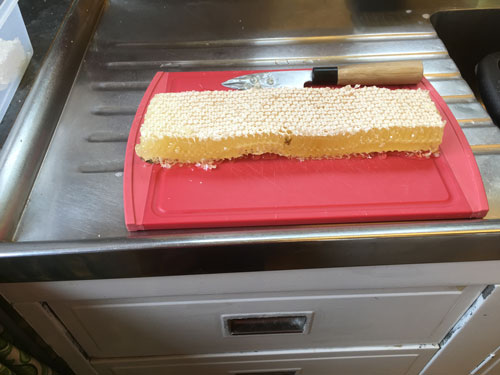 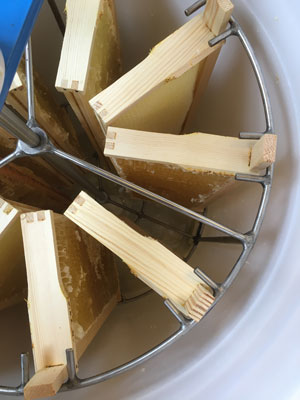 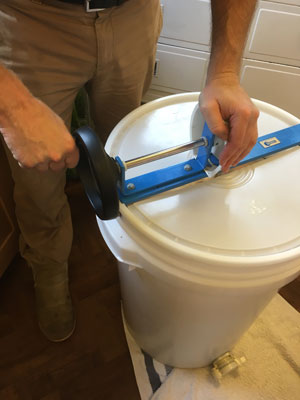 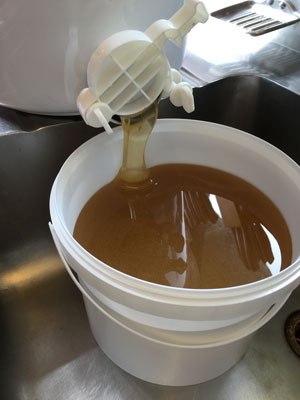 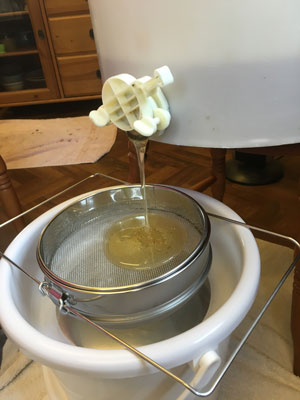 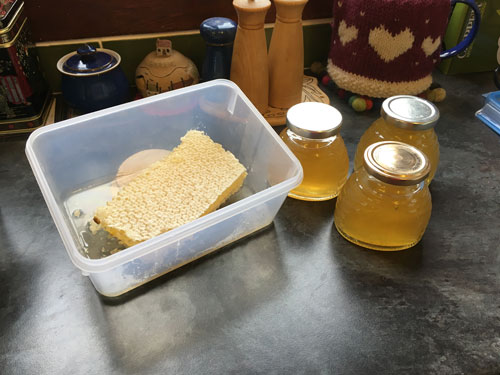