First opening of my hives this year.

I took the opportunity to open my hives on a nice day at the weekend and check to see if the activity of the flying bees bringing pollen into the hive indicates that I have laying queens inside. I don’t want to have the hives open for long because if the bees and their young get chilled, they will die, so all I want to see is evidence of a laying queen. Once I see eggs, larvae and capped worker cells, I will replace the queen ‘excluder’ (which I took off for the winter, allowing the queen to have access to the whole hive during the cold weather, but during the summer I want her to stay in the brood box. Hopefully the hive will store honey for me to harvest as the year progresses. More on that later.

I’m pleased to say that all the hives have evidence of an active queen, even the weak one, so I’m a happy beekeeper. Although I also know I’m not allergic to bee stings after the opening because one of my hives had some wild comb that the bees had build, and they didn’t enjoy me breaking it down and removing it. They were very cross. I had to do it because it was difficult to open the hive with the wild comb sticking bits together but the bees let me know that they were not happy about it!

Over the next few weeks, while keeping an eye on the activity in the hives, I will get some supers ready (the layers added inside the hive where they store their honey) to add them because I can see the fields of oil seed rape near me have shot up with the warm weather and will burst into flower soon and I want to be ahead of the bees, giving them plenty of space to store honey before this happens. If they run out of space, they will be encouraged to swarm early in the year and will be off so I want to avoid that, if possible. 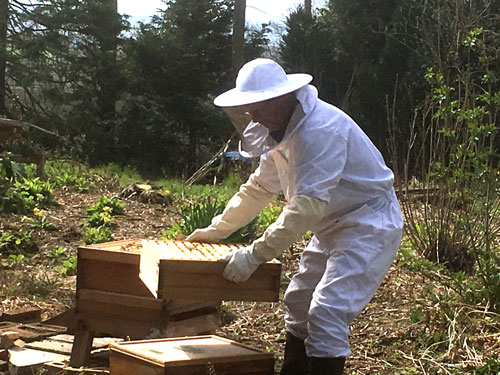 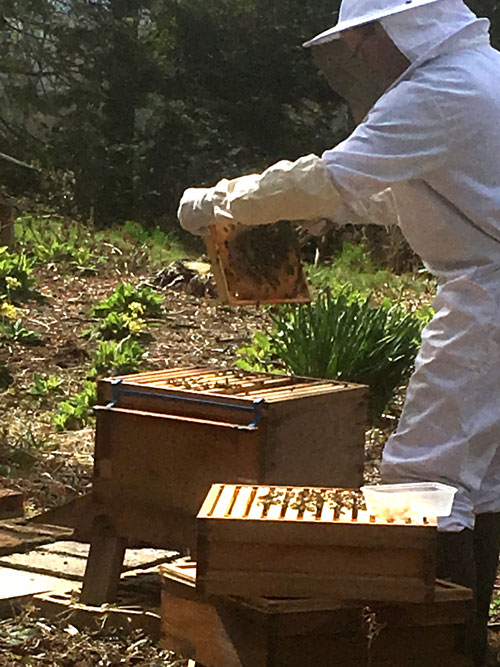