Horses and ponies diagnosed with RAO (Recurrent Airway Obstruction), formerly known as COPD, heaves or dust allergy are highly susceptible to the effects of inhaling allergens from their environment. The hallmarks of the disease are similar to human asthma and the symptoms can range from exercise intolerance or reduced performance and occasional coughing to wheezing and respiratory distress. 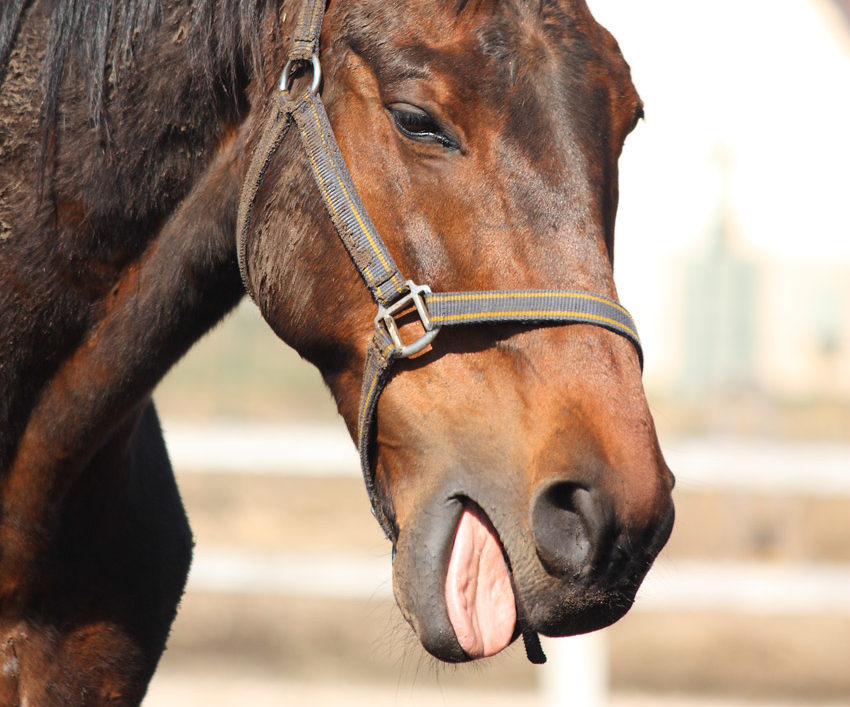 The medications for a Recurrent Airway Obstruction initially may be required to treat the inflammation in the lungs and to relieve symptoms such as coughing,  wheezing and nasal discharge. These will help to get the disease under control initially, but the key to long-term lung health is reducing the animal’s exposure to inhaled particles which cause lung inflammation. These include: mould spores, bacterial toxins, dust particles and ammonia. All animals will benefit from a cleaner air space but for RAO affected animals it is critical to prevent distressing and long-term symptoms.

Most horses with Recurrent Airway Obstruction are sensitive to inhaled allergens inside the stable. However, some have SPARAO (summer pasture-associated RAO) which is at its worst in the summer months at pasture due to sensitivity to pollens and grasses. These animals require different management.

The best place for horse or pony with Recurrent Airway Obstruction is outside! With minimal dry forage or bedding should be the aim of managing these patients. Beware of forage fed outside and field shelters with straw bedding as even short periods of time spent in these areas can undo the benefits gained from this type of management. In situations where this is not possible, there are several measures that you can take to reduce allergens exposure.

Dry hay, even good quality contains large amounts of spores and bacterial toxins which can be inhaled and cause an inflammatory response. Replacing the hay portion of the diet with commercially sealed haylage or chopped forage replacer can be beneficial but may not be nutritionally suitable. Soaking hay by immersing it completely in water has been shown to reduce the number of particles that can be inhaled. Soaking for several hours does not confer further reductions and can lead to the leaching of nutrition from the forage; therefore, soaking for up to 30 minutes is sufficient. Steaming hay in a commercial steamer has also shown to achieve this aim; beware of home-made steamers as they actually encourage the growth of bacteria in the hay. The feed from the floor to prevent more dust and debris falling into the patient’s airspace.

Straw should be avoided at all cost. Rubber matting and shredded paper, cardboard and dust-extracted wood shavings have been shown to be low dust options. Urine soaked stables are breeding grounds for bugs and produce higher volumes of ammonia so regular removal of wet bedding is essential. Make sure your horse is not in the stable when mucking out him or his neighbour as moving around bedding causes a surge in the number of allergens in the air.

Accumulation of dust on surfaces within stables is a clear indication of poor ventilation. Try to open up roof and window ventilation and avoid storing hay and straw near to the affected patient. Keep buildings clean and disinfect regularly. If the stable shares airspace with others, the best results will be obtained from applying the changes to the whole airspace. Ensure that muck heaps are downwind and well away from stables.

Exercise, if the patient can manage it comfortably, should be encouraged as it promotes the movement of airway mucus and improves the circulation of blood to the lungs.